Curious about the next workshop? Learn More, Pardner...

I know you. You. You with that look in your eye. You come up to me after a show. You tell me how “brave” I am. That you haven’t laughed that hard in a couple years. That you’re going to tell some friends about the show.

And then you say It. The thing I have known about you from the moment you said hello. You say it so subtly, that even you miss what you’ve said, “I’ve been thinking about doing a little thing on stage.” Your partner tugs at you to leave.

I give you my card. You lose it.

Someone else you know tells you about my workshop, “Hey, member that comedian? I think you’d really get something out of that workshop she’s teaching.” You push your creative impulse away again, “Yeah. Maybe.”

A third sign… A rainbow above the theatre. An owl with a cane and top hat. No wait. This post. This post is the third sign. But you don’t believe in signs. That’s fine, they still believe in you.

But still you say, “I think I’ll wait to really invest any money in this until I’ve begun writing. I can do this on my own for now. I’ll get a friend to help out. Then I’ll see if I’m serious. I mean, I know I’m serious, I just don’t know if I trust myself. Which I why I should do it on my own. I mean. Uh.” Another year goes by.

At your funeral, no one loves you less because you didn’t write a one person show. No one said you were less of a mensch. But in between eulogies, there is a deafening sound: crickets. See, your solo show was going to be about the red-breasted goldfinch. You love the sound of its call. You are a goldfinch hound. A goldfinch freak. That beloved bird was on the endangered species list. Your show would go on to bring such humor and light and beauty and truth to that bird, and its entire ecosystem, that it made it off the endangered species list. You saved a frickin species of bird!

But instead, when you died, 53 years from now, it became extinct. And the crickets it ate literally took over an entire region of swampland. The crickets ate all the wheat in a 30 mile radius.

But wait, it’s not too late! Wake up! It’s Christmas morning! You can still get little Timmy that big turkey!

I made up the bird thing, but you get the idea. 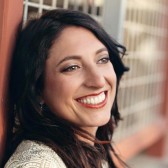 http://aliciadattner.com
View all posts by Alicia »